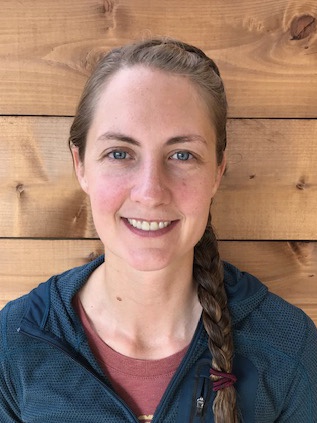 Annie Pollard started 7 Devils Brewing Co. with her husband, Carmen Matthews, in 2013. Prior to owning a brewery and pub, Annie earned her master’s degree in Marine Biology from the University of Oregon and studied marine ecosystems on the Oregon Coast and Antarctica. In addition to being a scientist, Annie is also an accomplished artist. Some of her paintings and ceramics can be seen in the pub. For many years she has been the Community Education ceramics instructor at SWOCC. Her involvement with the SWOCC ceramics studio led her to become an instrumental member of the Empty Bowls Fundraiser whose proceeds go to local food banks.

Ten years ago, she became a founding member of the local Surfrider Chapter, a group that organizes beach clean-ups, surveys water quality, conducts kids surf camps, sponsors fundraisers, advocates for political action and creates educational opportunities. Annie, and a handful of other dedicated volunteers, can be credited for growing the local Coos Bay Chapter of Surfrider into one of the largest in Oregon.

In her “free” time, Annie has served as an instructor at the Zonta Girls Rock Science, Technology, Engineering and Math STEM Fair for pre-teen girls, participates on several local boards, including the Kids Hope Center, an organization that serves children who are survivors of child abuse. She is a past board member of the Coos Historical Museum.

Though she enjoys beer and pub culture, Annie envisions 7 Devils Brewing Co as a center for civic activity and engagement. In the past, local groups like Drinking Civilly, met at the pub monthly to conduct open public discourse on topics ranging from local politics to global climate change. Most recently, 7 Devils has been a center of charity. Despite suffering from the economic upheaval of COVID-19, Annie, Carmen and their team have provided meals to foster families and organized efforts to aid those affected by wildfires.

An informal outdoor gathering will be held for Annie Monday, March 8, 2-4 PM at 7 Devils Pub. Presentation ceremony at 3:00 PM.

♥️ Lindi Quinn you served us well as the Zonta

“Motherhood: All loves begin and ends there.”

Happy Teacher Appreciation Day to all our current

Congratulations to all the honorees, especially ou

Thank you Coos County for your support! #zontacoos

The Zonta Club of the Coos Bay Area is pleased to

The NBHS Blazing Bulldogs and the NBHS Z Club, wit

Membership in Zonta is by invitation or applicatio